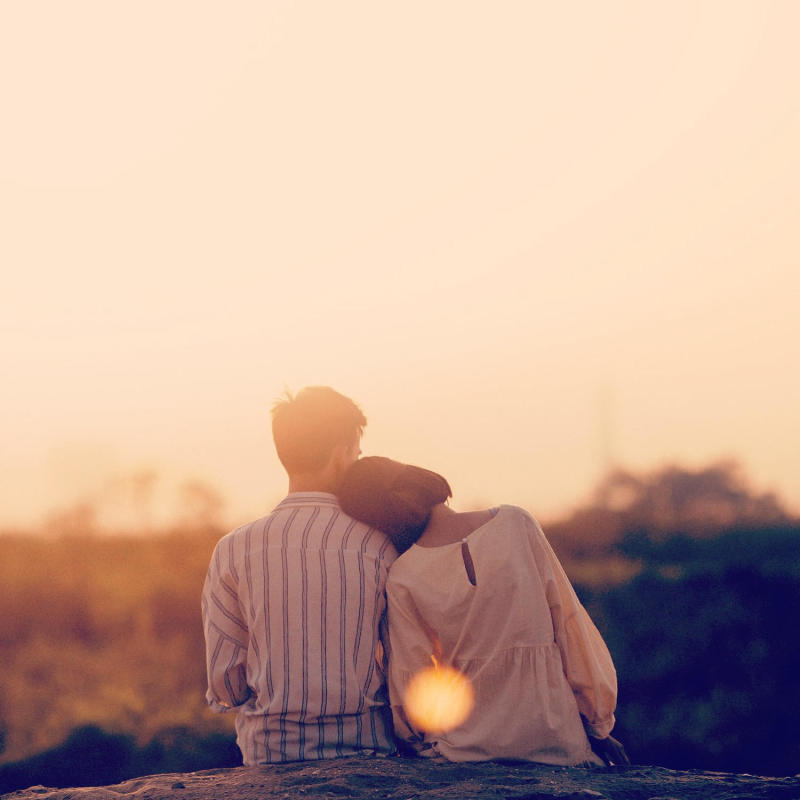 The Einstein of Love - an excerpt

I recently read an article on Psychology Today about psychologist John Gottman and his work on romantic relationships. I wanted to share some of it on here as I loved it so much.

“John Gottman might be the world’s most calculating romantic. Love is a form of energy, he insists, and by expressing the dynamics of human relationships in mathematical terms, he aims to save more of them.

‘Mostly, all you can do in love is repair how you screw up.’ That’s because even the best of partners miss little attempts at connection all the time. A minimum of 75 percent of the time, to be exact, says John Gottman. Gottman is well known for certain numbers. He long ago discovered that to maintain a satisfying relationship, couples must generate five seconds of positive emotions for every second of negative emotions during conflict discussions. That’s because negative emotions, like defensiveness and contempt, have more power to hurt a relationship than positive emotions have to help one. The five-to-one ratio of positive-to-negative emotions has since been shown to be the closest thing there is to an axiom of psychology, generally applicable to many aspects of well-being. Negativity just makes a bigger impact on the brain, and unless we take steps to counteract it, slights will accumulate, continually accelerating the likelihood that partners will grow apart emotionally. Let Gottman observe you and your partner as you talk about something—anything—for a few minutes and he can predict with nearly 90 percent accuracy whether you will stay together, and for how long.

Everywhere on the planet, Gottman has found, people automatically evaluate every human transaction on a scale of positive to negative. To repair the damage of missing each other’s bids to connect, individuals must accommodate their partner’s needs as well as their own. That, says Gottman, is the measure of trust — the degree to which you believe your partner has your interests in mind and can listen to you non-defensively, even if you can’t stand each other in the moment. It is the single most important factor that takes a marriage beyond the fabled seven-year breakup point. It is also the social embodiment of what is known in game theory as the Nash equilibrium: the point, established by Nobel Prize-–winning mathematician John Nash, at which two people in any interaction both maximize the benefit to themselves.

(In the early 70s) Gottman got his hands on a videotape machine, a relatively new research tool, and began recording couples in conversation, studying the tapes over and over to see whether happy and unhappy couples differed in any way. Increasingly he focused on their emotional displays — often fleeting but nevertheless real — and their experience of their partner’s emotions. At Indiana, he teamed up with Robert Levenson, also an assistant professor of psychology, who was interested in measuring physiologic responses during couple interactions. ‘People thought it would be career suicide to work with us!’ Levenson recalls. ‘They said if you put sensors on these couples and videotape them and ask them to talk about difficult marital issues, you’ll never get anything from them. TV is now full of people spilling their guts to strangers, but in 1974 there was no Jerry Springer.’

Couples did indeed open up, and as videotapes captured their conversations, other machinery registered their blood velocity, heart rate, skin temperature and conductance, and more. Gottman soon discerned moments of coherence, when the physiological indicators moved in the same directions in both partners, indicating strong emotion flowing between them. He tracked how the measures synchronized with other variables, like words, facial expressions, and voice tones. The sensors also revealed that the happiest couples were internally calm and relaxed around each other, while the unhappiest, no matter how impassive they appeared, were physiologically aroused and poised for battle.

To make sense of the outpouring of words, intonations, facial expressions, and other nonverbal messages that are the building blocks of couple connection, Gottman painstakingly coded every reaction. Eventually, he went back to math. Applying the ideas and computational methods of information theorists like Claude Shannon, he found patterns in the data that allowed him to predict how the behavior of one partner drives the behavior of the other.

But just as the work was taking off, Gottman’s personal life crashed. In 1981, his second marriage—he had had a brief, unhappy marriage in grad school—fell apart after 10 years. ‘I wish I had known more about the whole process of selecting a partner, but it was a mystery to me then,’ he confides. ‘I didn’t know what to look for, what dimensions were important, what the experience is like when a relationship is working well. It should all be very gentle and kind, and if it’s not, there’s something wrong. You can fix that, but we didn’t understand that back then.’

In 1986, Gottman moved to the University of Washington in Seattle. He also dedicated himself to finding a new partner, dating some 60 women in six weeks by answering personal ads in magazines and newspapers. ‘Julie Schwartz was number 61—a total outlier,’ he says. ‘The others could not laugh. But when I talked to Julie on the phone, four hours went by quickly and we were laughing a lot.’ By then Gottman had realized the value of friendship and humor to love; humor soothes couples inside and out during conflict. The two married in 1987.

At the University of Washington, Gottman founded the ‘Love Lab’—a space overlooking the water and set up to resemble a bed-and-breakfast retreat. He scoured marriage announcements in the local newspapers and recruited 130 demographically representative newlyweds to spend 24 hours there being monitored and observed. Gottman was interested in how couples build intimacy when they are just hanging out together. With the help of cohorts of grad students, Gottman pored over the videotapes and noticed that partners regularly issue bids, gambits of some sort that invite conversation, laughter, or some response. When, six years later, he contacted the former newlyweds, 17 percent were no longer married. Looking again at the videotapes, he discovered that, among those who divorced, partners had responded to only 33 percent of their spouse’s bids, while those who stayed married were turning toward their partner’s bids 86 percent of the time—building up a reservoir of positive emotions that disposed them kindly to each other in times of conflict.

Gottman’s work has long been in the public eye. It is, after all, about love, a topic central to our lives and our search for meaning, and one to which mystery and myth still cling. Even so, Gottman got a jolt of publicity in 2005 when Malcolm Gladwell described in the opening pages of his best seller Blink how the years of work coding couple conversations illuminated the power of small samplings of interactions to reveal the entire relationship. The research has so penetrated the culture that its findings can seem to have been there all along. ‘Often the most valuable research confirms what we already know,’ says psychologist Harriet Lerner, author of The Dance of Anger. ‘When one person can’t offer the olive branch and the other can’t accept it, when neither takes the initiative to change direction and de-escalate a fight, when criticism, contempt, and stonewalling take over, when negative comments and interactions outnumber positive ones—well, of course the relationship is in big trouble. ‘When I quote Dr. Gottman, the Mozart of couples research, people pay attention,’ Lerner says. ‘Telling couples ‘Dr. Gottman’s research proves…’ has a powerful effect. Often change comes about when we take in, at a deeper level, the truths we already know.’ No such truths were apparent until he and other researchers uncovered them through painstaking observation and analysis, Gottman says. They seem obvious only by hindsight.

‘When I train clinicians, I talk about 15 myths about relationships that people used to think were true—and some people still think are true—that have been completely discredited by research,’ Gottman says. For example, the ‘quid pro quo’ idea that in great relationships people do things for each other in exchange for receiving good things. It led to therapy in which couples negotiated contracts stipulating what each wanted from the other. But it turns out that giving based on an expectation of receiving is a sign of a distressed relationship, not a healthy one.

Trying to understand love is like trying to understand the weather, Gottman argues: It’s complex, but essentially full of the kind of patterns that mathematics can interpret. ‘Stephen Hawking was told he would cut his readership in half every time he put in an equation, so he put in only one,’ Gottman says. ‘My book is full of them, and I put them off to the side, in boxes, because I know that many psychologists have a math phobia. But what they miss when they ignore the math is the theoretical underpinning for certain patterns that have been seen empirically.’ The math of love continues to overturn common ideas about what makes a marriage thrive. For instance, it’s widely believed that a healthy marriage is one in which partners brush off the small irritations and barbs that get tossed into the air in any relationship. ‘Wrong,’ says Gottman. The best relationship is one in which partners not only actively repair regrettable incidents—but do so quickly. His ‘Threshold of Repair’ metric demonstrates that partners who acknowledge their attacks and immediately reach out to make amends keep a trivial hurt from growing into a progressively larger one in which negativity compounds rapidly.

For the past 18 years, Gottman has pushed beyond theory to develop a practical therapy that converts couples from ‘disasters to masters of love.’ His partner in this enterprise is his wife, Julie, a psychologist. Together they founded the Gottman Institute in Seattle, where they teach their program to therapists and ordinary couples. Gottman gave up his full-time post at the University of Washington 14 years ago—not that, at 74, he’s retired in any way. His base of operations is now a stunning property on Orcas Island. In the main house are the couple’s private quarters, so stuffed with art from their international travels—they speak and teach around the globe—that there’s no room for another painting or sculpture. Downstairs is a large room in which they run workshops. A guesthouse holds their offices and facilities where the two conduct intensive 15-hour therapy marathons spread over three days. A path leads down to the shoreline, where carved wooden benches encourage meditation. ‘We have to make doubly sure the couples who come for therapy understand the dynamics that trigger their conflicts before they go home,’ Gottman says. ‘Because who wouldn’t feel better here?’ In their training and therapy sessions, the Gottmans liberally pepper insights from John’s research with examples from their own marriage. They offer up their own ‘regrettable incidents’ and show how they worked through them. Because even though he and Julie are experts, he says, everyone is in the same soup when it comes to love: Generously assuming that couples are emotionally available to each other 50 percent of the time, the probability that both people will be emotionally available at the same time is only 25 percent. So 75 percent of the time, couples are operating in a minefield of missed communications that can lead to unhappiness and conflict.

But at the end of the day, isn’t the the ultimate spoiler, reducing romance to a bunch of equations, I ask. Gottman counters with a question of his own: ‘Does understanding the way a star works eliminate the awe we feel when we look at the night sky? Or does the knowledge add to the majesty of the night?’ “

An excerpt from an article by Kristin Ohlson on psychologytoday.com published in September 2015 and reviewed in July 2018.